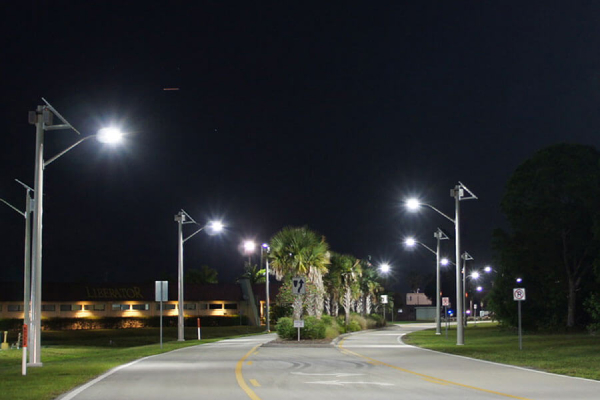 We might not have realized but we are indeed in the midst of a lighting revolution. The incandescent and fluorescent lights were first invented in the 19th century. Although Incandescent bulbs and fluorescent lights had established a strong presence in the market for a very long time, with the LED lights’ increasing popularity in the last decade the traditional incandescent light bulbs went into the trash. LED lights have revolutionized almost every sector since its invention. Today, we use them almost everywhere, on streets, homes, offices, industries, educational institutions and many more. And why not? LED lights are available in varying sizes, shapes and colours at affordable prices, are long-lasting, easy to control their glow and people have plenty of options to choose from. It’s a huge transformation.

Let’s talk more about why LED? – The Benefits of LEDs over incandescent lights

Light emitting diode more commonly known as LED, produces light 90 percent more than incandescent lights which means the incandescent bulbs can give only 12-15 lumens per watt as compared to the whooping 100 lumens per watt by the LEDs. That indeed saves a lot of energy.

The next huge factor is LED’s shelf life. When LEDs can last over 3 years or more, incandescent lamps hardly give a life of 6 months. Now that’s a huge deal.

Thirdly LEDs are much easier to control and you can do all sorts of fancy things with them like converting your very own room into a disco. How cool would that be! Its unique feature of emitting the wavelengths directly makes playing around with the colours possible. The LEDs are way cheaper compared to the huge capital expense required to produce incandescent bulbs and fluorescent lights. Now many have entered into the LED manufacturing industry.

Lighting plays an important role in setting up one’s mood and that makes it extremely important to choose the right light for your space. Particularly for commercial spaces choosing the apt lights can bring big differences in terms of the sales.

Moreover, they are easy to install, environment-friendly and generate less heat compared to incandescent bulbs. Even if the power is low they operate effectively and are safe to use. Hence, requiring low maintenance. They give instant flicker-free lighting that is infinitely dimmable.

LED lights reveal the exact picture of the objects compared to incandescent lights. They have a great color rendering index.

LEDs are used everywhere, indoor, outdoor, in traffic signals, homes, commercial properties, stadiums, roads. , the lights used on streets and roads should be bright for vehicles and people to find their way. LED lights are perfect for roads and streets.